The Margaret River’s climate is more heavily influenced by the sea than any other region in Australia. This region has the lowest average annual temperature range, of only 7.6 ºC, the climate in this region most resembles the Mediterranean climate, given the rainfall, between October and April only 200mm of the total 1160mm of rain falls. The low day and seasonal temperatures create an unusual build-up of heat. Overall, the climate (in terms of heat) resembles that of Bordeaux in a dry wine year.

Margaret River’s landscape varies constantly, given its character through the small curves and gentle valleys, as well as the abundance of natural tree growth, shrubs and flowers. The main function of these trees is to protect the sea breeze. The bottom is mainly pebble or stony sand loam, formed directly by the underlying granite. When damp, the soils are particularly permeable, but the moisture quickly drains from the sloping terrain, the capacity for retaining the water is generally low. 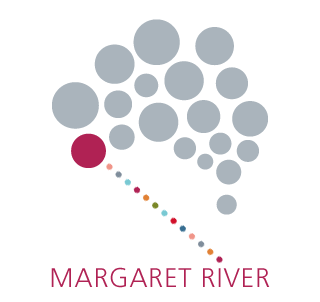